Of Unicorns and Replicants

Early in the 21st Century, connected sensor evolution advanced into the economic bubble phase – a term assigned to almost every kind of device imaginable – known as the Internet of Things. Industry unicorns lead the way. Commerce is their goal. More convenient than convenient is their motto. The light that burns twice as bright, burns twice as long, and the unicorns burn so very very brightly.

Behind the Unicorns are the Replicants. Replicants are like any other IoT provider – they’re either a benefit or a hazard. If they’re a benefit, they’re not our problem. As an industry primed on saying “No” it’s easy for us to fall into the trap of IoT security nihilism and give into fear. Quite a thing to live in fear, isn’t it? That’s what it is to be a slave.

We began to recognise in IoT security nihilists a strange obsession. After all, they are emotionally inexperienced, with only a few years in which to store up the experiences which you and I take for granted. If we give them a past, we create a cushion or a pillow for their emotions, and consequently, we can control them better.

This talk provides attendees that cushion by demonstrating that we’ve been here before with other technologies. Yet we fail to remember the times this exact situation has happened before, and pretend it won’t happen again. You might think that precarious funding and fly-by-night IoT companies make this situation different, but it’s really not. It’s too bad most IoT startups won’t live, but then again, who does? When it comes to myths about IoT security I have only one thing to say, “Wake up. Time to die.” 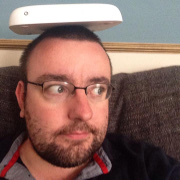 I’ve seen things you people couldn’t imagine. IoT devices on fire off the shoulder of a Li-On. I watched C shells glimmer in the dark near 10 UARTs, late. All these moments will be lost, in time… like tears in rain.